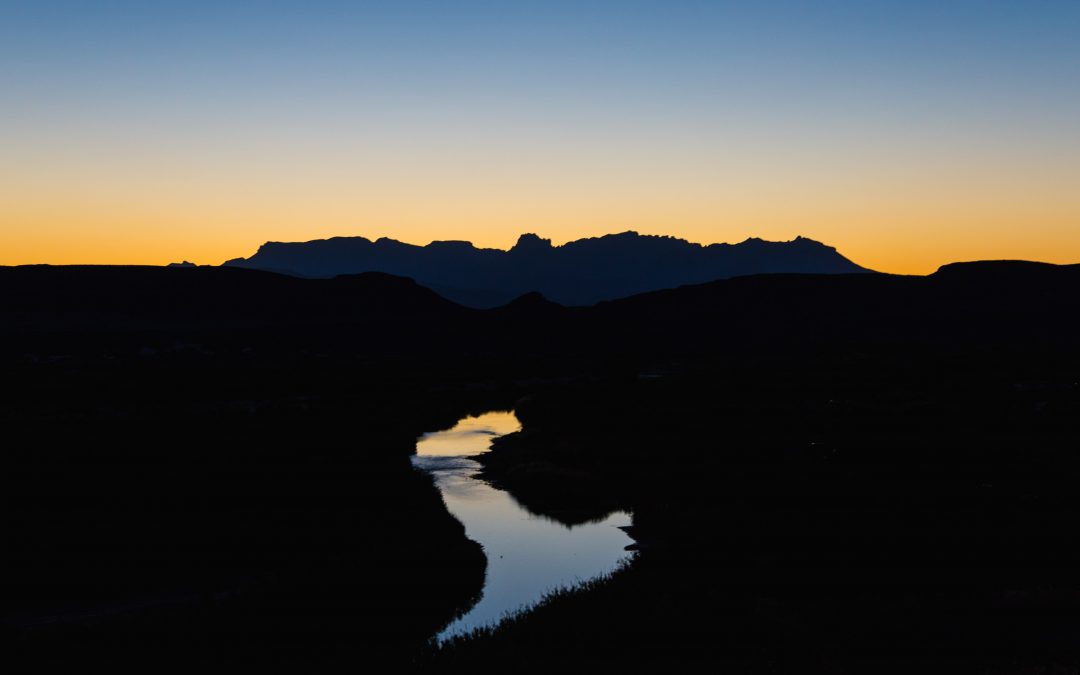 Beyond patriotism, everyone has something to fight for. Either for an imaginary line on the ground or water for everyone.

One usually has identity problems as an immigrant: “I am from here, but I belong there. I am loyal here, but my heart is there.” It’s like a forced marriage we eventually fall in love with, but we never forget blood as our most primitive bond.

The only honest way to realize our true identity is soccer. That’s how it is! It’s impossible to cheer on Team USA against El Tri. This sport reveals where the heart truly is.

Anyway, I wasn’t going to talk about soccer but water and nationalism. The other day I was talking to a colleague about accusations of treason that I have been subject to against my homeland for working for a “foreign government” (whatever that means for a naturalized migrant). He told me: “They (the accusers) think they are Juan Escutia, but they forget he died.” Trivia: Juan Escutia was a Mexican cadet who died in the battle of Chapultepec by throwing himself from the roof, wrapped in the Mexican flag, to prevent the U.S. army from capturing it. And the castle did fall under the U.S. army.

We the immigrants can not afford many privileges, least of all, dying wrapped in a flag. The basic human hopes to succeed, to make a difference even from abroad, and to build a better quality of life, are an example of a legacy, of principles of work, respect, and national pride. Yes, national.

This, I think, sounds more like the definition of patriotism than that of wrapping oneself in a flag with the excuse of “defending” historical inferiority complexes rather than actual attacks on national sovereignty.

Now, let’s talk about water. Mexico and the United States share some of the most water-stressed international basins in the world including transboundary groundwater systems, which, by the way, are poorly understood.

The Rio Bravo and the Colorado River, among others of lesser magnitude, are regulated by the 1944 Treaty, signed by both countries, and operated by the International Boundary and Water Commission in their respective sections of the United States and Mexico.

Water, however, is not interested in borders or international laws. Water responds to its natural condition, while humans try to control and manipulate it with questionable results. Water migrates just like us. It has its destiny marked, sometimes frustrated, many times contaminated, sometimes it doesn’t reach its destination and gets lost on its way. Other times it devastates and tears down everything on its way, even its origin.

The same happens with the immigrants who work on shared water issues. We do not care which side the water is on. We take care of its destination, its residency, and the communities that depend on it along the way.

We are accused of not being “patriotic” enough, not wrapping ourselves in the flag, and not giving priority to national interests above foreign ones, as if shared waters had nationalities. By definition, shared basins are exactly that, shared waters. The 1944 Treaty strives to manage surface water (not groundwater, by the way), but it does not mention a matter of sovereignty over shared waters on either side of the border.

If we are tagged as traitors for advocating for the integrity of a basin that, unfortunately, happens to be located between two countries, then immigrants are as traitors as water, according to Juan Escutia sympathizers. However, there is no worse patriot than the one who hides behind pride, sovereignty, and nationality to ignore the urgent call of our shared basins in the middle of a complete breakdown of natural systems and the decline in their functional capacity as providers of environmental services.

Escutia died without achieving anything. I believe it’s time to not die trying and instead explore alternatives that are more convenient for patriotism, such as working together, being inclusive and considerate, respecting our shared basins, and being productive for our nation. We don’t need martyrs. We need solutions that guarantee water sustainability of our international basins.